From the 4th till the 6th of November 2022 E2EVC Athens (called Acropolis) took place. With nice weather conditions (except Sunday), a nice venue and (logically) a good atmosphere E2E VC was a great success again. My experiences of this event are written down in this blog.

It was the first time I was in Athens (I couldn’t join the earlier event in this capital. Athens is big city. For West European a bit neglected in general, but of course also famous ancient building. On Friday Alex opened the event on his own way 😊.  During the opening Alex was mentioning that Eugene (from Control-up) will be part of the ambassadors’ group and he also mention the others ambassadors (Geert, Ton, Samual, Sasa, Chris & Benny). Next the traditional meet five new people took place. Alex mentioned at last the sponsors before the event really kicked-off. 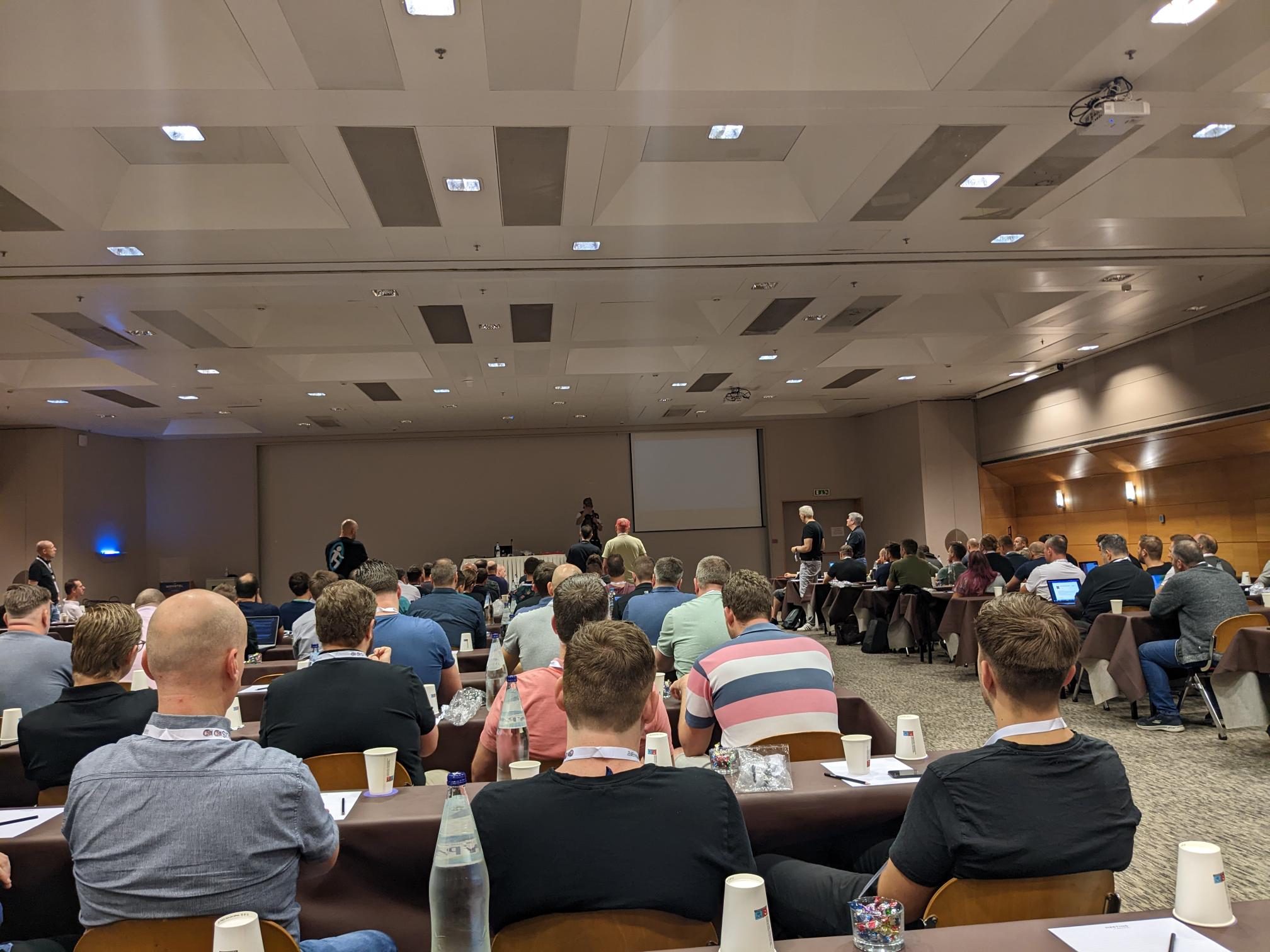 After the opening also according to tradition Eugene Kalayev of Control-Up was on stage for the first session. Eugene started with a summary of the E2EVC Tel-Aviv event. After the Control-Up introduction/demo's (with DEX Management Platform -> Physical Endpoints, VDI/DaaS, Employee, SaaS/Web Apps and Unified Communications) Eugene continued with the roadmap updates (where Eugene kindly asked not to share at this moment, so nothing in this blog about it).  Eugene also quickly touched other features like Scoutbees. The session ended with the announcement of the ControlUp Community by Douglas Brown.

The sessions of the Go-EUC team (Anton, Ryan and Patrick) and Benny were similar as the presentations they presented at the DuCUG, so that gave me some time to visit the Acropolis. You can see my blog of the DuCUG 2022-2 event for the summarization of those sessions. 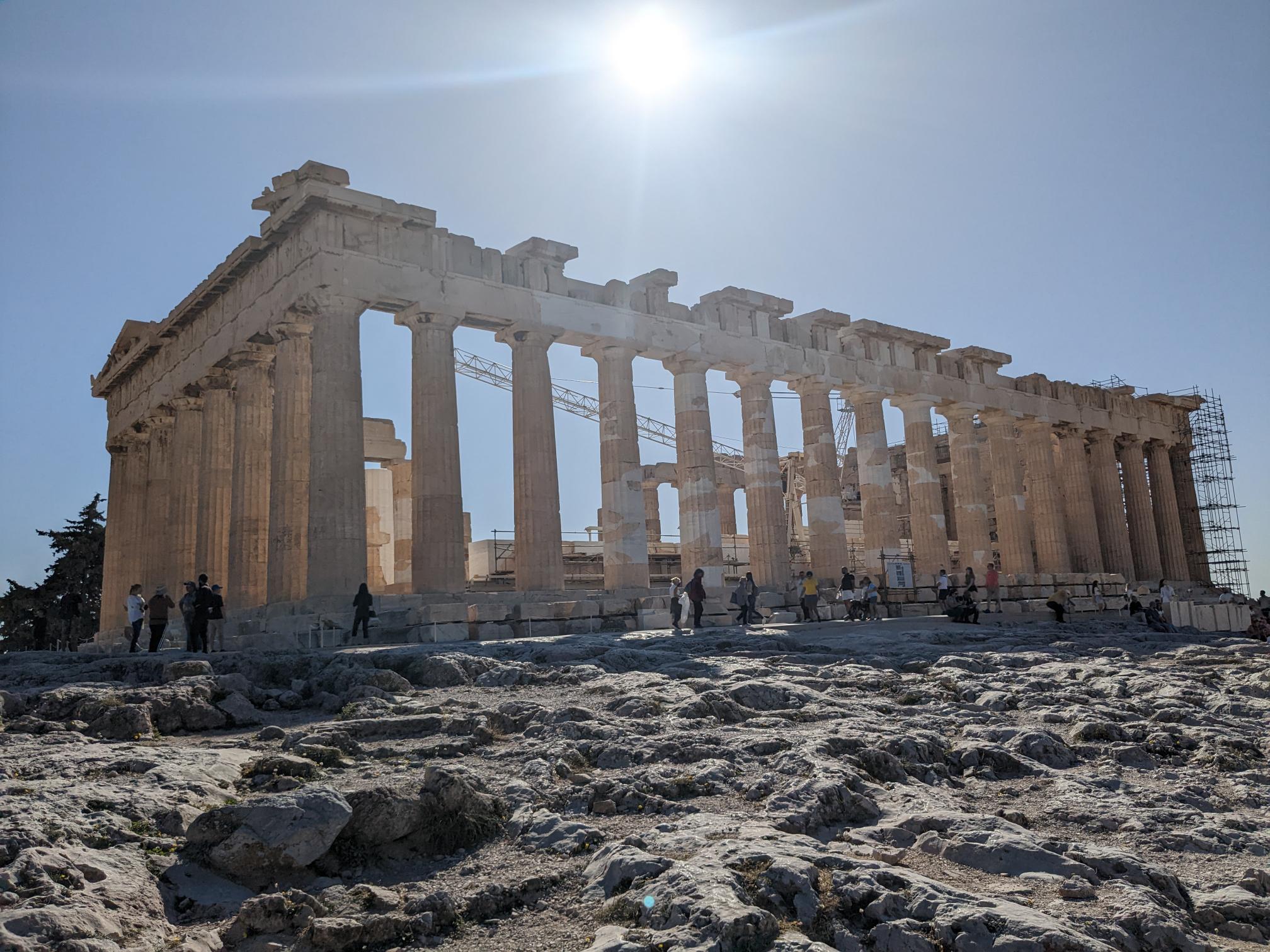 Helge Klein had a short session with the title Endpoint security: why your EDR is not enough. Helge mentioned the university research in which 31 EDR products where tested. They tested 4 common attack vectors. Helge continued with the shortcomings of EDRs: detection gaps, customers lulled into false sense of security, no visibility of normal behavior and rule customizations can be difficult. Logically Helge quickly mentioned their security product uberAgent ESA. With ESA their goal is identification of risky behavior. He touched their ruleset (process starts from directories that are user-writable, macro execution, suspicious network connections, changes to root certificates, services creation and deletion). The product has third party integrations (Splunk Enterprise Security, Sigma converter, Sysmon converter). Conclusion was antivirus/EDR products are indispensable yet, insufficient on their own and additional tooling/products are needed.

Next was Barry Schiffer with the session Helping out the doctors as the other title wat too much marketing according Alex. Barry started with explaining where eG is focussing on (not only the desktop, but also on application level), followed by showing how to build the dashboard for monitoring the user experience of the doctor (logon simulation, real user monitoring, application real user monitoring, end to end IT service monitoring were mentioned). A second example was Application Performance Monitoring for the My Page website for the patients.

In some way the sessions are not running completely in sync so the next session Introduction to Azure Landing Zone was already running when I arrived, so the actual introduction by Jesper Schaadt and Brian Sprogo was already almost finished. They started a journey from PowerShell to Terraform and shared their journey. Starting from PowerShell in PowerShell ISE, converting to script with modules and JSON input files and from there getting started with Terraform. Also the Terraform implementations went through several phases from simple set-up to a more advanced set-up (central state file, modules, azure pipelines, pipelines build with code).

Sinisa Sokolic with the session my.xoap.io - take a ride was next. Sinisa started off with an introduction in the challenges working with IaC, for which they developed a platform simplifying the IaC work (operating system imaged and delivery, software deployment on different target systems, security/configuration of the systems, settings and configurations in the user context with cross platform automation and deployment and monitoring and analytics). After the introduction Sinasa showed the platform in real life, which gave a good overview what the platform can do.

Next session I attended A tale of too many tradeoffs: Re-thinking your VDI or DaaS strategy by Ron Dalad and Ohad Edri. They started the session mentioning the advantages and disadvantages of Virtual Desktop Infrastructures and the fact that the Browser is the most used application. It followed to the Island Enterprise Browser they are providing and how it differs from a Desktop-as-a-Service. In a demo they showed the capabilities of the product. The possibilities to regulate actions are really impressive. Copy and paste disablement on other websites or applications, while capable copy and paste on the same website for example. Also the check of the content of the file and allow or block based it is another example.

Last session of Saturday (and my last session as I my flight on Sunday was re-scheduled early) was How to build a reliable (Death) DaaS star by Gaby Grau and Jan Hendrik Meier. Jan Hendrik started with some optimizations for MCS (Citrix Hypervisor Intellicache & Storage Read Cache and Optimize Temporary Data, Disk and RAM cache) but the design will become pretty complicated. Gaby continued how Nutanix is handling MCS optimizations by explaining the set-up/infrastructure including guidelines/best practices based on VDI/HCI infrastructures. Jan Hendrik continued with load balancing techniques for multi-session OS (horizontal load balancing vs vertical load balancing), which is currently a global setting within Citrix DaaS. Gaby continued again with VM design guidelines, followed by a new large set of guidelines (which I cannot follow up with typing as she was going them quickly). Jan Hendrik discussed the next topic which was Citrix Autoscale including the enhancements Citrix made (more regular scheme, Set Schedules option, Drain mode, Dynamic Session Timeout, Force User Logoff). Next topic was Autoscale Cloud bursting were Jan Hendrik explained how to configure it based on Zones and Tags. There bonus context discussed by Gaby was around the impact of vTPM and Intel vs AMD.

Besides all the session Alex organized a bus tour through the city, drinks on Thursday, dinner and beers on Friday and drinks on Saturday as well (actually beer on all days on any time). So there were lots of times to talk to community friends on all kind of topics. Summarized I really enjoyed the conference, the city and the sociability. Looking forward to the next E2E VC in Berlin.