After the sessions on the first day we had a dinner together at the event location and after that I  [ ... ]

On the 28th of September we organized our second event of the year. The event was held again at our 'home' location De Duikenburg in Echteld. In this blog the experiences of this special day as we also celebrated our 10 year anniversary.

Niek traditionally opened the event. He looked back at the last event based on the evaluations and what the steering committee did with the feedback. Next he showed the agenda and talked briefly through the sessions. Logically Niek thanked the sponsors for making the event possible. Niek also stood still by the loose of Ben Vos. 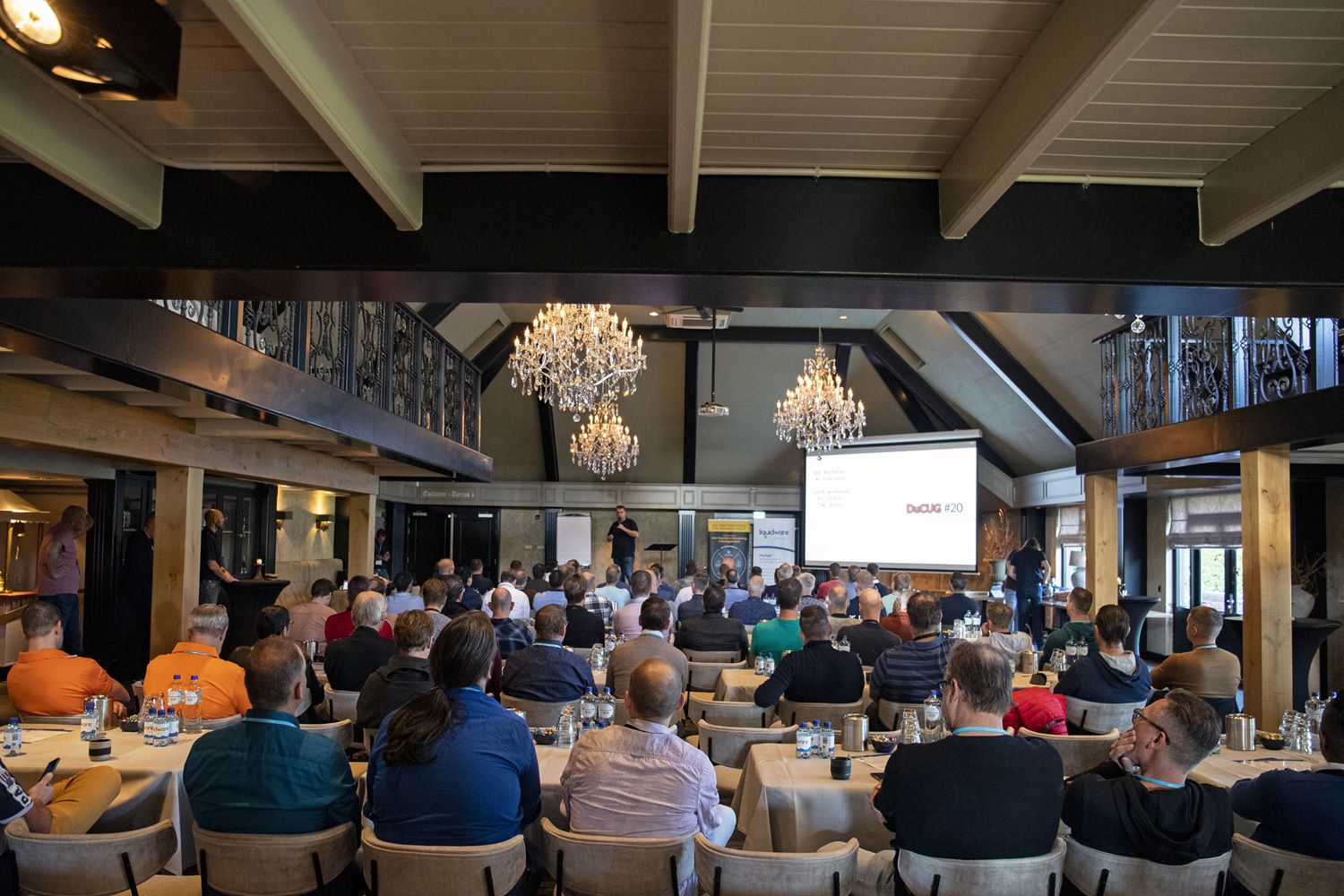 The first session was the BYOS session Accelerate your Microsoft Teams experience in a virtual desktop by Ryan Ververs-Bijkerk, Eltjo van Gulik. They started the session with some facts around Go-EUC including several new team members. Next Ryan explains the set-up used for the test around Microsoft Teams. Eltjon continued with the metrics for the user experience (latency, video quality and sound quality). For measuring the audio quality they are using VIDSQOL and for video quality SSIM. Next topic were the scenarios and the results. An optimized AVD session is providing better on video quality than without any optimizations. The same applied to the Citrix session and the Cloud PC session. Also within optimized session the audio quality was better. The session ended with some recommendations for example use the newest version, validate offloading/optimization is enabled (and how you can enable it), minimum requirements and disable hardware acceleration when no vGPU is available.

The second session was the first sponsor session by eG Innovations provided by Erik van Veenendaal. Erik started off with the topics he was going to demo (Digital Workspace / Application Performance Monitoring / Cloud) where he directly continued with the demos starting with the Digital Workspace (like user experience, topology view and client simulation). He also showed the capabilities of application monitoring, Office 365 monitoring and Azure monitoring.

After the first break with the traditional Bossche Bollen Barry went on the stage to look back at our 10th anniversary, followed by the session The other cloud, the real story of SBC on Google Cloud by Michiel Brinkman. Michiel started the session with some (fun) facts about Google. Next topic was the partnerships between Google and Citrix (since 2011), followed by the product suite of Google around the end-user environment (BeyondCorp, Workspace and Citrix [and probably another vendor 😉 as well]). One of the reasons to choose Google according to Michiel is Google VPC. There also some caveats in Google: no Windows file share and Office license challenges (could be solved with Google Compete Engine or Google Cloud VMware Engine).

Gaby was next with the session Be a better ally & support diversity. She started the session with some numbers around woman in IT, followed what she would like to achieve with the session (create awareness, personal experience, provide tools and ideas). Next Gaby shared her personal experiences starting with her start in IT including helping tools (associate programs, landing page, job descriptions, interview process and diversify your network). Next topic was meeting culture again with some figures from court again followed by some recommendations (direct questions to underrepresented groups, interject interruptions, notice your peers, mix up seating arrangements, women are not responsible for protocols or coffee service, find a buddy to keep you accountable. Events was the next topic, she shared her experiences on the booth, followed again by some options to improve (utilize divers planning committee, ask every speaker to recommend from an underrepresented group, invite co-speakers, create a code of conduct, diversify slides and used media). Last topic was around social/after work, some logical points were made as don't go to strip club, recommendations were plan for inclusive events, invite people outside your peep group, provide non-alcohol drinks/vegan foods and share family responsibilities.

After again a great lunch we started with the second sponsor session by Liquidware. Berry Haveman kicked off with some fun facts over 2012 and 2022, the years of the first DuCUG event and this event. This was a bridge to the fact that application installation is not changed a lot in those 10 years (direct installation, application virtualization). Berry continued with the challenges in today's application Management. This leads to the Flex Application Layering solution of Liquidware and the advantages mentioned by Berry. He also touched on the creation of the application layering (FlexApp Fast Packaging, Convert App-V/MSIX packages, FlexApp Packaging Automation). Berry ended with the takeaways (platform agnostic, re-use existing packages, flexibility/scalability, simple architecture, security, automation is key).

Next was the third BYOS session. Patrick van den Born, Ryan Ververs-Bijkerk, Anton van Pelt were on stage with their session From zero to an automation hero by using Infrastructure as Code (IaC). They started with explaining the terms DevOps and Continuous DevOps cycle. Anton explained their DevOps principles (collaboration, automation/reproducibility, continuous improvement, think big/start small). Anton discussed their branch approach. Patrick continued how to get started using the DevOps methodology. Tip is to start with declarative approach. Another tip is to learn the language in iterations (start with hardcode values --> introduce variables --> introduce functions/loops --> introduce modules). Next topic was explaining storing the code in for example Git.

Thorsten Rood was next on stage with the session Defending against the unknown – the “reverse proxy myth”. As this was the same session as I attended during E2EVC I’m just copy and paste the summarization from that event 😉. Thorsten started with a regular set-up of a reverse proxy. According to Thorsten this set-up is not protecting the back-end only the front-security (safeguards the users) is arranged. He continued with web application scenarios (closed audience/perfectly identified user group versus open/flexible audience) and defense types. A reverse proxy can provide security but only in case you expand its functionally into an Application-Level Gateway. The 7 important rules are invisibility, anonymous pre-authentication, masking, enforcing well-formed access, blurring response, intrusion blocking, rate limiting authentication. For each these rules Thorsten explained how you can implement them: invisibility --> SNI, anonymous pre-authentication --> recaptcha, masking --> not showing version numbers, well-formed access --> approved structure ruleset, blurry responses / intrusion blocking --> accepting ruleset, rate limiting authentication --> rate qualifier. Personally this was one of the best sessions, with lots of useful information.

After the last break between the sessions Peter Nap of ControlUp started the last group of sessions. Peter started with talking about the Digital Employee Experience (DEX), followed by the DEX Management Platform. Next topic was the vision to create an Employee-centric DEX Dashboards. After this part Peter showed the product in a life demo showing the capabilities of the product.

Last official session of the day was The Future of EUC, CVAD and the Digital Workspace by Benny Tritsch. Benny started with some anecdotes around Microsoft, Citrix and Windows. Next topic was the Windows and Office Support Matrix. According to Benny it maybe become the Year of DEX. Benny jumped into the Hockey Stick and Lifestyle Business models, where currently Citrix is Lifestyle Business. Benny discussed the reasons why Citrix (and also VMware) can have some challenges in the near future and what is happening currently on the acquisitions of both companies. He continued with his vision on the Citrix movement to acquire Sapho and Wrike, acquisitions to tell the Collaboration and Security company message Citrix is providing. Benny thinks Citrix still can be relevant if they are able to look into other directions. Benny continued with describing his EUC Score Test product to show the power of Citrix HDX (versus the current competition). Benny showed the information provided by Citrix (via Rody Kossen) how they use this product. Benny ended with the following conclusions - Some radical changes will happen by Citrix after the delisting from the stock market (this is not bad by definition), EUC knowledge will also be required in the future (but you may need to learn a few new tricks), the market is going behind VDI, DaaS & EUC (unified communication/collaboration, physical endpoints, SaaS/Web Apps - redefine EUC).

After the official program we had a wonderful surprise for the attendees. Four F1 simulator were build-up and everybody could drive into the simulators. It was a big success from my opinion, everybody really enjoyed racing and there was a nice competition going on. Finally four people ended up in the final (where I was one of them), where Jeroen Tielen at the end was the winner of the competition and won the really cool racetrack. As we are getting used to it, I almost forgot to mention that the dinner was again excellent. 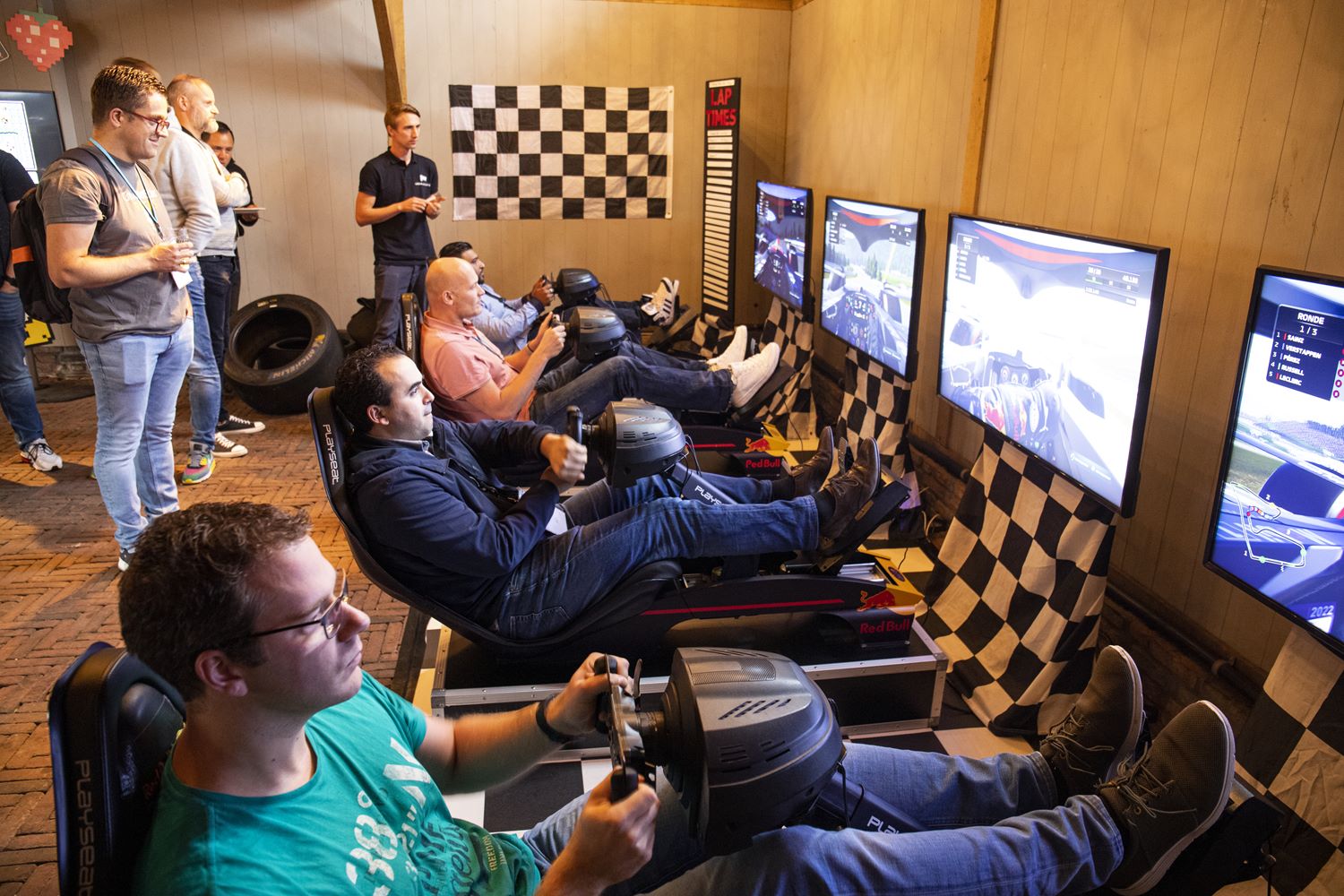 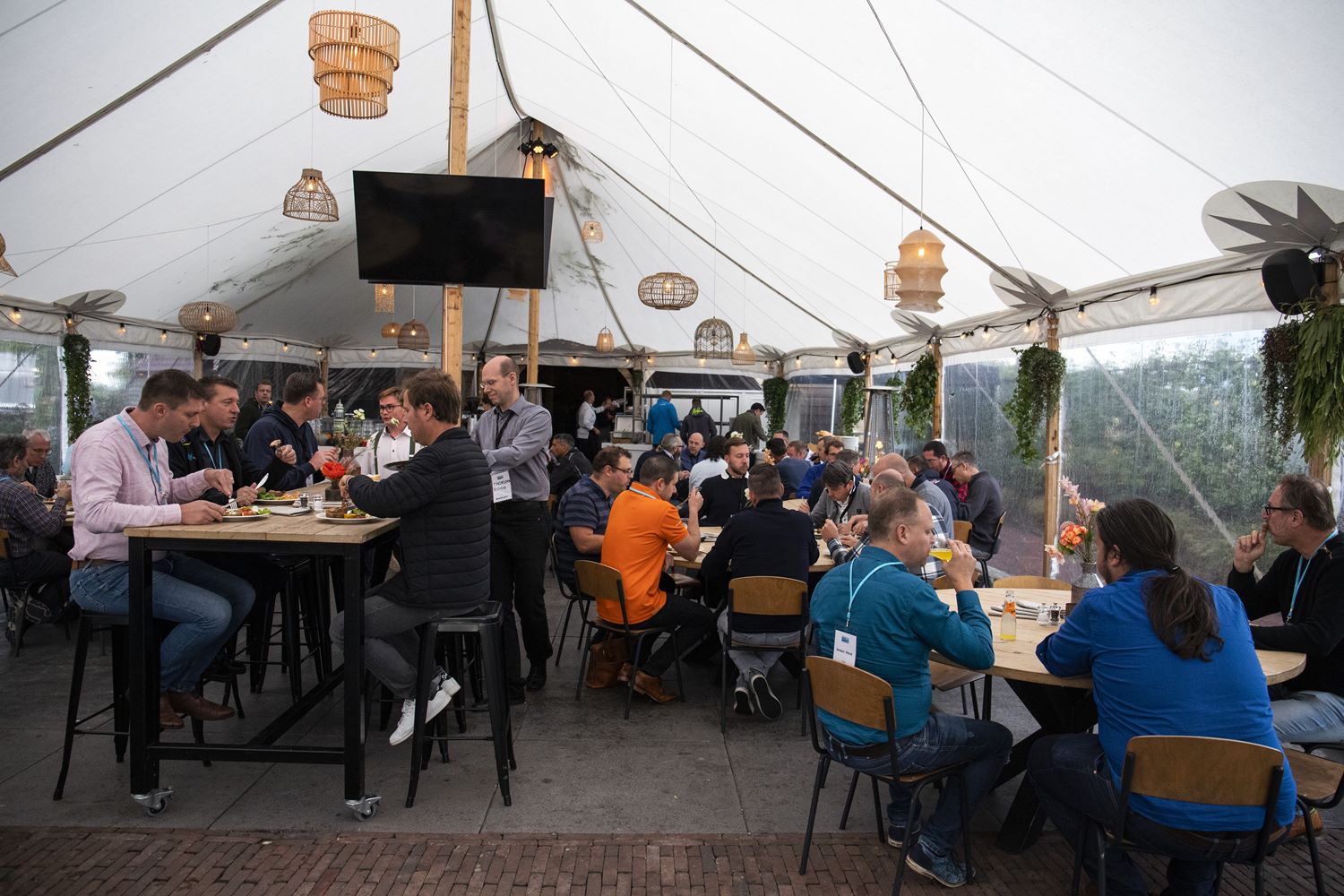