Almost two years ago we held our last in-person DuCUG event and around 1 ½ year ago we needed to postpone (and later actually cancel) our already fully planned first event in 2020, logically all based on the COVID 19 pandemonic.

However we were back on the 29th of September. Still with a limited amount of people but nevertheless good to see the Dutch community crowd again. This time Barry opened the event. Logically this time besides thanking the sponsors we also needed to mention the COVID period and the journey we went through organizing events in such a specific period. 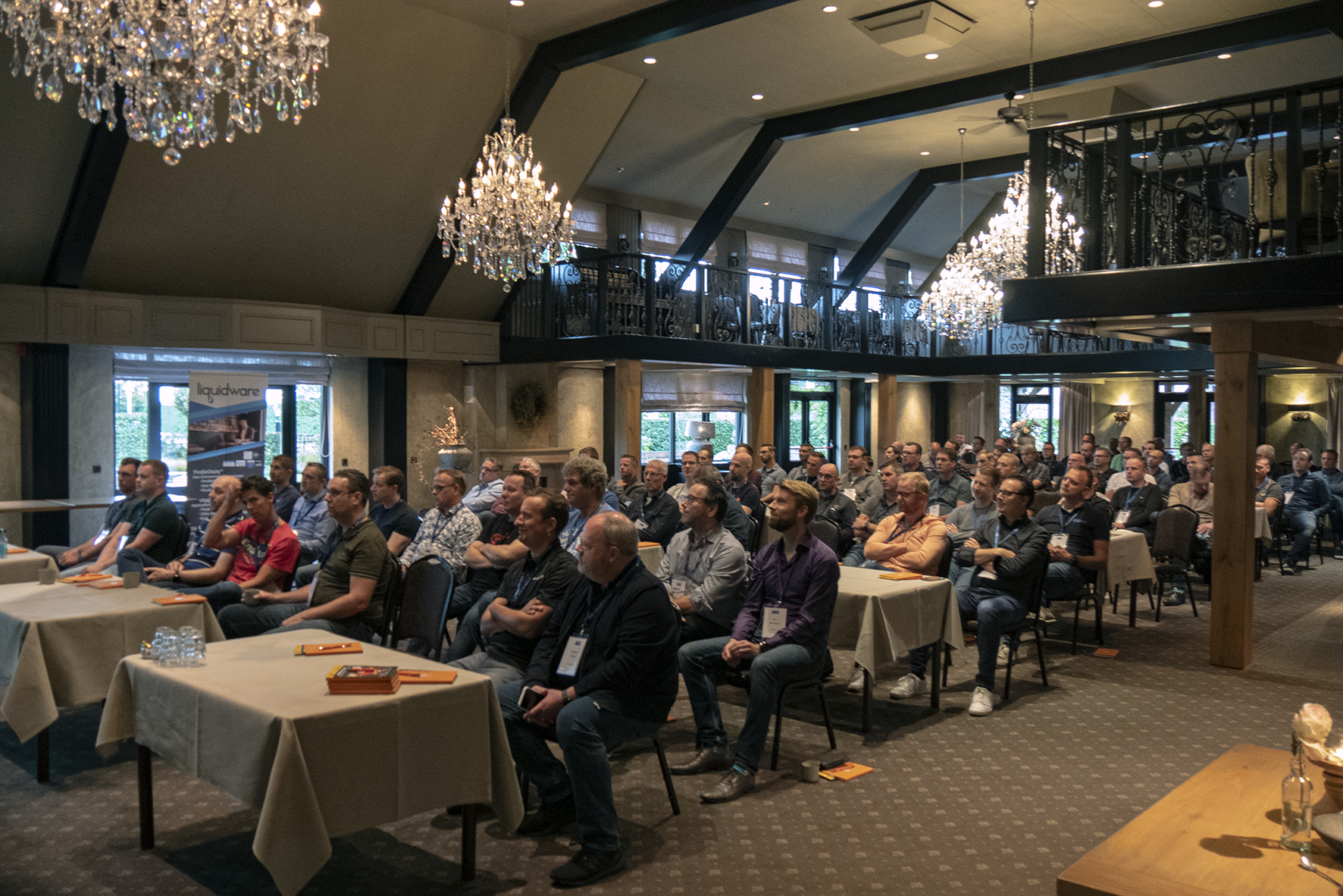 The official sessions started with Peter Nap of Control Up with the topic Digital Employee Experience across the whole platform. Peter showed the new fully customizable web console. Next topic was the new functionality called Remote DX showing the end-to-end connectivity in detail.  Another new functionality is the Edge DX, where ControlUp also exists on the local endpoint and showing all detailed information of those devices.

Next were Ingmar Verheij and Niek Boevink on stage with a Citrix keynote. Ingmar started the session with COVID 19 situations and what this has/will/can change(d) the way of working (in the future). Ingmar continued with the market shifts (adoption of cloud, remote work, phase out VPNs/zero trust). Next topic was the acquisition van Wrike. Ingmar showed how he is working with Wrike. Next topic were some things Citrix is working on as a possible features/functionalities like: user configuration/personalization Workspace Homepage, Simplified Navigation/Modernized UI, integration within Teams, Search Files across OneDrive/Google Drive, seamless collaboration on documents, user feed notifications on both Citrix as third-party products. Niek took over the session with a quick wrap-up on all features of Citrix Workspace. He went a bit more in detail of functionalities like Personal Activity Feed and Micro Apps. Some new possible features were also discussed by Niek like security posture with file scan & risk indicator, content compliance/retention policies (via CAS), contextual access & security control, session recording for insider threat detection & event triggered recording, long lived token/passwords and enhanced ICA file security. In the any any range Citrix added any work type followed by more details about Secure Workspace Access (SWA including demo) and Secure Internet Access. Last topics were Service Continuity (which is officially rolling out for production, CWA2106+ required), Azure VMware solution support, PVS on Azure, SAML 2.0 and mobile workspace experience. The one more thing was the Workspace App Local App Discovery functionality.

After the first break with the traditional ‘Bossche Bollen’ Gerjon Kunst continued with the reference case Hollands Kroon. Gerjon started with the background of the organization, followed by the business goals of the project. He continued with the questions raised around building the portal and the steps taken to realize the portal. Next Gerjon discussed the implementation (CVAD on Azure, Citrix Workspace, MS Endpoint Manager, OneDrive). To leverage the capabilities of the portal (besides the generic things) they discussed with business users which functionality they would like to have within the portal. Some examples they integrated were Topdesk, self service application request and onboarding a new employee. Gerjon dived into the technical details of the microapp for onboarding the new employee. Last topic were the tips and tricks both technical (cloud changes constantly, Citrix has a copy of the last sync, start small and build on the platform, watch out for API changes, watch out for expiring authentication tokens, settings are not always instantaneous live) as functional (need to talk to other people in het organization).

After a great lunch the day continued with the session of Liquidware presented by Andreas van Wingerden called How to simplify application management. Andreas was discussing the way of application delivery leading to their FlexApp One product: one file per app (no external player/heavy agent), live app distribution, easy/limitless app distribution, streamlined application layering.  Next topic was FlexApp Package automation, which is according to Liquidware much more simple and flexible than traditional package methods.

Next session was Deploying W10 MS with Azure DevOps, Terraform and Packer by Patrick v/d Born and Rick Stijnman. Rick started off with the journey to DevOps.  He explained how they work with DevOps and why they did it. Rick also explains what a pipeline is. Patrick continued with the pipelines they have developed like Image as Code, Desktop as Code and the toolset (git, vistual studio code, Azure DevOps, Terraform, Packer, PowerShell, Citrix Automated Configuration Tool and Azure KeyVault). Patrick explained Infrastructure as Code (declarative approach and imperative approach) based on Terraform. The session ended with detailed information around Image as Code with Packer including a demo.

After the afternoon break, we continued with the Nutanix session by Mischa Hal. Mischa quickly went through the portfolio. News was the enhanced cooperation between Nutanix and Citrix  (and also the cooperation with RedHat) including the benefits. Mischa touched some of the Nutanix products like Nutanix Files, Nutanix Cloud Platform, Nutanix Clusters, Nutanix Flow.

The last session of the day was Mastering EUC Performance by Rody Kossen and Kees Baggerman. They started with user density versus user experience, followed by the tools that can be used for measuring density/user experience like LoginVSI, Rex Analytics and  nVidia nVector including their characteristics. Next topic were the test results. Kees started with Optimizing the VDI image results which as most remarkable result that optimization both leads to better density as user experiences improvements. They also touched the performance difference between the different versions of Windows 10 (and also Windows 11). Next results discussed where the amounts of vCPUs per desktop, followed by RDHS versus VDI test results, the impact of upgrading hardware (both CPU as GPUs) and the usage of different type of vGPU cards.

Barry ended the official part of the event by the closing note where some prizes were drawn provided by the sponsors. With some drinks and snacks followed by a nice BBQ the event continued in an informal way. It is was really nice to talk to all the people in-person again, time was flying in the longer breaks between the sessions. I could not catch-up with everyone I wanted, hopefully this can be done at the next event in 2022.